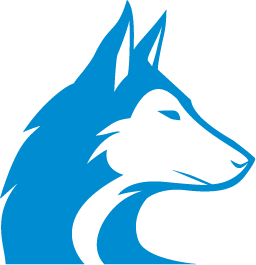 In 2002, one of Lars’ journeys took him to Alaska, where a childhood dream came true: He got to take Flicka, a real Alaskan husky puppy, home with him. Lars was immediately struck by the “sled dog bug” and competed in several long-distance races with other mushers’ young dogs. Then he met Malin – and today, you can see Flicka’s portrait on the logo of Lars and Malin’s joint dog team: the COLD-NOSE-HUSKIES. But what happened before all that? Read on to find out more about Malin and Lars. 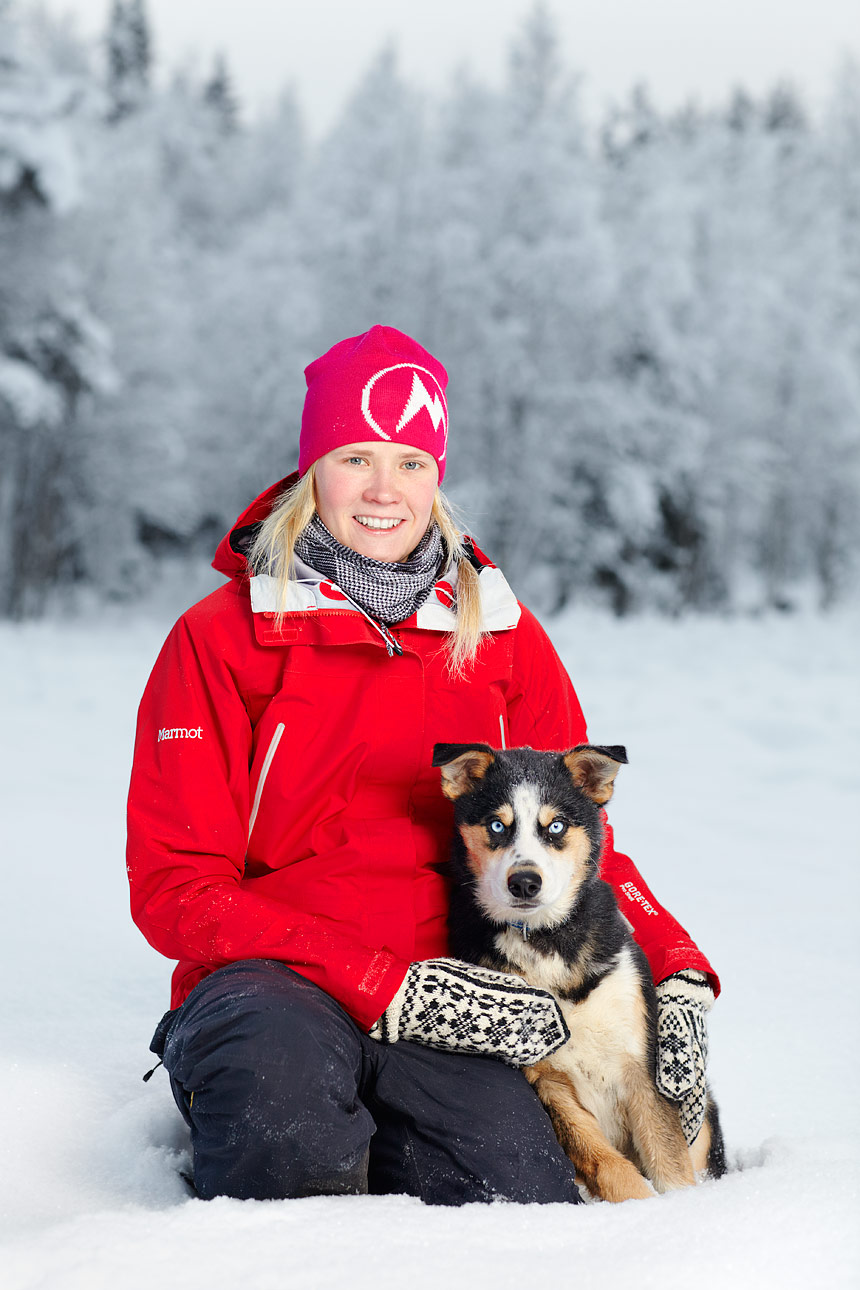 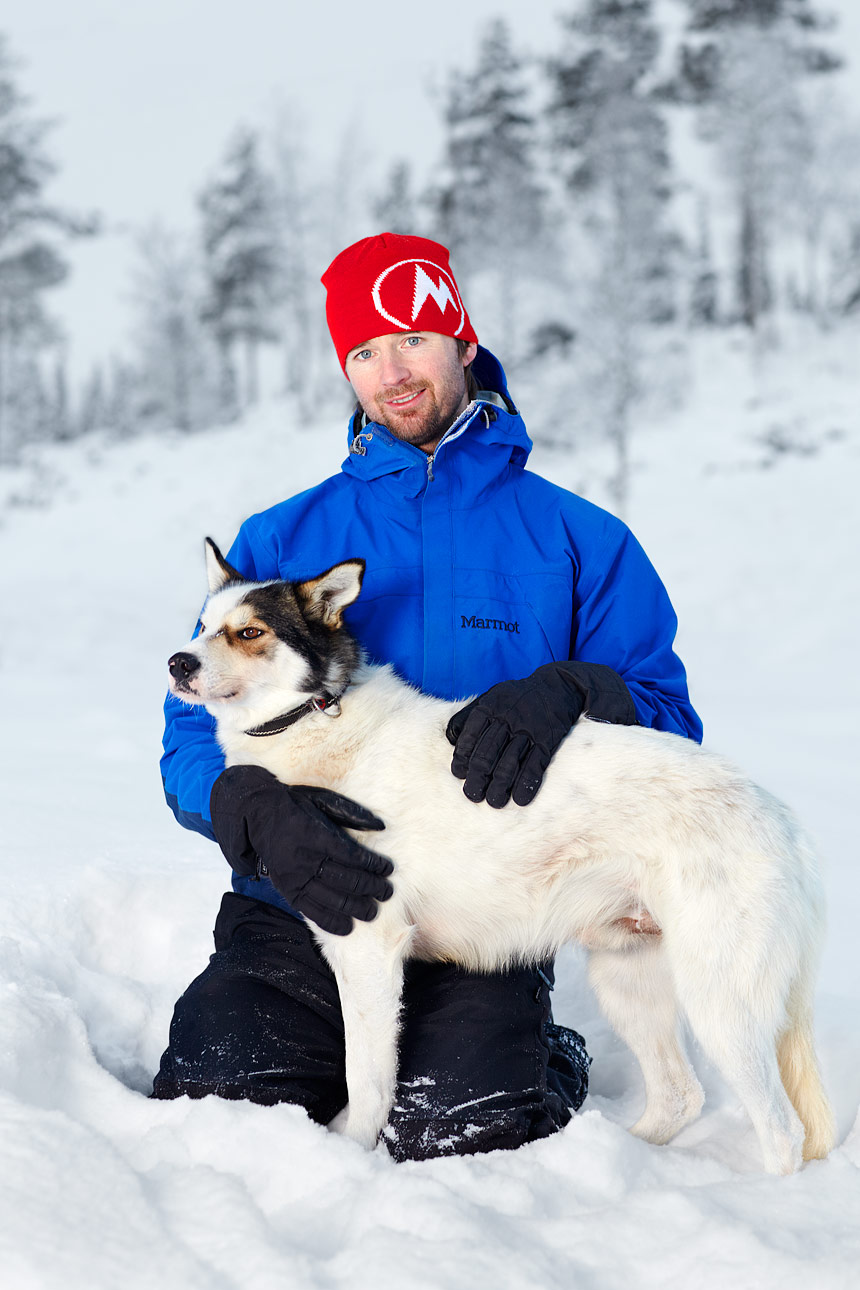 She grew up in Gäddede, Northern Sweden, and has been fascinated by working with animals, and dogs in particular, since she was a child. Activities with the family’s hunting dogs and Malin’s love of nature awakened her interest in sled dogs at an early age. She wanted to know more, so she trained to become a certified dog trainer and learned all she could about the needs and welfare of dogs, their behavior, and modern training methods.

After a number of journeys and expeditions, Malin kayaked the whole length of the Danube together with the Hoffmann brothers, which was how she met Lars. Since 2015, she has lived with him and their huskies in Gargnäs, Northern Sweden, and is now fulfilling a long-held dream:

“What fascinates me most about sled dog races is the experience of nature that you share with the dogs. Gliding forward, in absolute tranquility with no engine noise. There’s just you and the dogs and the relationship between you. It’s not the dogs who do the job, and it’s not you, either – you do it together. The dogs are my friends and members of my family. And I believe that the dogs will teach me a lot in the coming years.”

Numerous expeditions and hikes through the Nordic fjäll in all seasons

Frequent supporter in various long-distance races, including the Amundsen Race, Femundlöpet, and Finnmarkslöpet

2008 – 2009 Trained to become a professional mountain and wilderness guide, certified by the Mountain Safety Council of Sweden (Fjällsäkerhetsradet)

Summer 2007, 2009, 2010 Animal keeper at an organic farm that produces goats’ cheese certified as organic in accordance with Swedish standards

2010 Photographer and guide on a 2,500-kilometer journey down the Danube in a kayak (purely Malin-powered!)

From Summer 2011 Assistant and photographer for Lars and Niels Hoffmann

2013 Qualified as a certified dog trainer

2020 5th place in the Finnmarkslöpet 600 – the world’s longest sled dog race in the eight-dog class. Prizes: “Rookie of the Year” and “Best Foreign Musher” Nominated for “Best Dog Care”

Lars Hoffmann (born 1974) is a professional photographer and adventurer.

Lars grew up in a small town in Saxony (Germany). He progressed from intrepid trips into the nearby forest to increasingly long journeys and expeditions, mainly to the earth’s northern wildernesses, including Alaska, Greenland, and northern Scandinavia.

He usually travels with his brother – the author Niels Hoffmann – on foot, in a kayak or Canadian canoe, on skis, or by dog sled. From the photos and stories from their journeys and expeditions, Lars and Niels create pictorial reference books, reports, and exhibitions. „We want to present what we discover and experience in a special way. We want to show beauty and share it with others“, explains Lars.

He adds: “The creation process is a key element. The story behind it, the action, the way we work, the respect for the environment, the people, and animals – all these things are important. It’s not about photography. It’s about a whole story.“

Lars is a supporting member of the Society for Threatened Peoples and the German Society for Nature Photography (GDT). He lives together with his girlfriend Malin in Swedish Lapland. He travels a lot for his work as a photographer and also has an office in Wesenberg, in the heart of the Mecklenburg Lake Plateau in north-eastern Germany.

Journeys and expeditions throughout the world, mainly to the northern wildernesses of the earth (including Alaska, Greenland, and northern Scandinavia); numerous reports published in magazines and pictorial reference books and screened on TV, with a focus on travel, outdoor activities, canoing and kayaking, sled dogs, nature, hunting, and adventure tourism

Photographic exhibitions with a total of more than 400,000 visitors

2012 Voted “Vice-Paddler of the Year” by readers of Kanu Magazin, Europe’s biggest magazine for canoeists and kayakers